skip to main | skip to sidebar

Would It Be Easier If My Disease Was Called Something Else!

I am a little perturbed at the fact that when I say I have Multiple Sclerosis amongst people who actually know what it is that I am looked at like I just said I have a simple cold. It seems to me that people don't take MS seriously. I know that they don't know what it is like living with this dreaded disease day in and day out, but my goodness. I won't just go take a nap, wake up and it will all be over. This is a serious and chronic illness. I can't take my shot and then jump up and carry on as normal. It's not that easy although, I wish it were. I need a t-shirt in which it lists all 11 medications that I take every day just to be able to make it through most days, it needs to have my latest MRI images on it that show the multiple lesions on my brain and I need the doctor note in which the doctor prescribed a dose of do whatever you want to do to be happy because this disease will destroy your happiness at times. Ok. I'm better now!

So do you think the reason people don't take MS seriously could be in the name? What if it were called Multiple Brain Sclerosis!!! That would do it I think. It sounds scarier anyway.

I was speaking to someone about how I am really doing. I summed all of my troubles up with one word. That word was EXHAUSTED. I hadn't done any major feat or even a minor feat really. I'd awakened, brushed my teeth, showered and gotten dressed. If I had my choice in the matter, my day would have ended with getting dressed. At that point I was already exhausted. An old friend called and we small talked for a few minutes and she asked me to honestly tell her how I was. That's when you know you are communicating with a true friend. When she/he is able to tell that the first answer you gave was not the truth of the matter. I laughed and began to tell her all about how exhausted I am all day and every day. I told her about how sleeping more does not help it at all and sometimes seems to make it worse. We talked about how sometimes it seems to be so bad that the fatigue seems like it is in some way making my bones hurt. It's not your ordinary every body gets tired fatigue, it's fatigue times 100. It's angry with me fatigue. It's I'm not letting you go ever fatigue. It's an intense fatigue. It often makes me want to cry when I think about the things I want to be able to do, but can't because I don't have the energy. It makes me miss the life I formerly knew. It's hard. If you look at any definition of Multiple Sclerosis, fatigue is almost a given when reading about the symptoms. It is the worst of my problems and I do look for ways to deal with better. 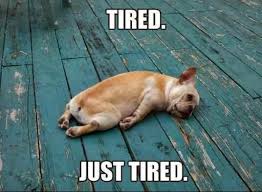 I spoke with my neurologist about how hard it was to move past this incredible fatigue. He prescribed the medication Amantadine. It's help me stay awake. I find myself lying in bed more now although. I am awake, I feel the fatigue, but I can't shake the feeling of still being tired to my bones. I am only more alert of the heaviness now. I shouldn't complain I guess because at least I'm able to be in bed and not fall asleep while under this medication. I have started to eat better and because of that I'm hoping to see an incline in more energy level. I'm eating more fruits and vegetables, less fruit and less fried foods. I popped in my MS Yoga DVD the other day and tried to do a few of the seated exercises. I became frustrated with that and turned the tv off. I'm trying to defeat this fatigue, but right now I must honestly say it has me defeated. I'm not dead and because of that I will keep trying. It has to get better!!! That's my philosophy on all of this and I'm holding fast to the arrival of that better day!!!

I am back. It's been a while I know and for that I do apologize. There have been some things going on that have kept me from the my computer. 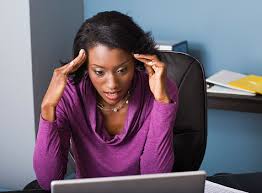 I have been going through it dealing with anxiety and depression along with a relapse. Thank God I am here. I never would have thought my mind could cause so many problems. I have always thought of myself as pretty stable in all ways - mental, physical and emotional. Not so.... Multiple Sclerosis causes some depression and I think the anxiety was brought on by my fear of being inadequate. I know what the Lord says about fear and I know I shouldn't have fear in my heart. Please help me tell my brain about it. I am better now. I am thankful for that. I have always had a very strong faith and I trusted God through this all. I thank Him so much for this and for everything!!!

Labels: anxiety and MS, depression and MS, faith in God, trust in God

Going Through the Motions

I'm still out of work and about to go crazy. I miss having to get dressed every day and having something to look forward to. I do like my home, but I just need to get out. I feel a little better getting as much rest as I have been able to get. I'm just going through the motions of daily living. I feel like I'm waiting on something, but in reality I'm not. Simply waiting on the day when I awaken and don't feel as if I've been up all night. My family members have been wonderful through this relapse. I spoke with my case manager at MetLife earlier, emailed my human resources representative and got some reading in today. I guess this makes for a pretty eventful day as most days I only get to do the reading. I also had an appointment with a vocational rehab counselor. She was mostly impressed with my ability to get the job that I have, that she didn't hear my questions. That was pretty much a waste of time and effort. Hopefully, I'll wake up one morning soon and all will better! We'll see. Until then, I'll just keep on keeping on!
Posted by Tammy at 6:07 PM 1 comment:

Over the past few days and weeks, I've heard the word chronic like never before. I knew I had a chronic illness, but it never resonated with me as it has with me here lately. I know that as of today there's no cure for Multiple Sclerosis. I'm aware that there is a great chance that I will be crippled by this disease. As I stumble to the coffee pot for coffee this morning, I worried about whether or not I'll be walking for much longer. I think of the word chronic. Just last week, while at the doctor's office, the doctor broke it down for me. "Tammy I hate to say this, but you have a "chronic" condition that does not appear to be getting better and based on the course of this disease will not get better. That's a reality that you have to get used to." I'll never forget those words. She pushes me to apply for SSD. As much as I love God and as much trust I have in him, I must admit that I'm afraid to, This chronic illness has increased my anxiety so much so that I am questioning God's ability to be with me through everything. That's so not normal for me. Lead me, guide me dear Lord!!!
Posted by Tammy at 7:12 PM No comments:

I've been thinking a lot lately. I had reached a place where I'd nearly given up. I thank God for my blogger friends! Just from reading various posts, praying of course and writing, I've come to the conclusion that I can prevail. My body is tired and my brain seems fried, but I's still trying. My husband told me it won't be until I have to be hospitalized for weeks and am immobile before I decide to sit down. I responded by saying thank you. This upset him because he felt that I needed to look at what I go through and how I live daily and see that perhaps I do need to make a change. Well, sorry babe! I'm just not ready. I'm thankful to have a doctor who sees the reality of Multiple Sclerosis as well as cares enough to give me her honest position. It's just not time!

Right now, today, this very minute my decision is to keep moving. I pray for wisdom and guidance along the way. You can pray for me too!

I'm writing today because I just want to get some things out. I journal write, but there's something about getting the words out on my laptop. So here goes.

I'm struggling a bit with what to do at this point in my life. I've been told by my doctor to go stop working for pupose of getting Social Security Disability. I desperately want to continue to work, but realize there are true limitations that are caused by my health. I've evaluated my household income and feel that we will be okay while awaiting SSA's determination. Just ok although. Not great or even a little bit better than ok. I would have to decrease some of the things in my life and I know things have no true value when considering peace of mind. Right now, I just don't know what to do! 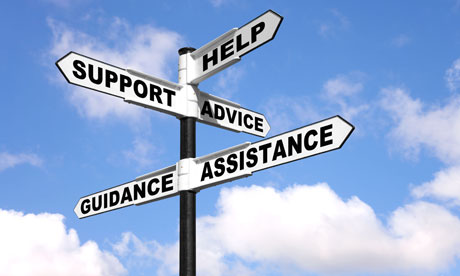 I'm praying and waiting on a word from God.
Posted by Tammy at 9:35 AM No comments: